Steve Carell, Diane Keaton and Martin Short were among those who joined Steve Martin at the Los Angeles ceremony.

Tina Fey called the actor “the first rock star comedian”, while Jack Black sang The Thermos Song from The Jerk.

Steve Martin said, as he received the award: “How do I top this parade of stars who have been so, so funny? 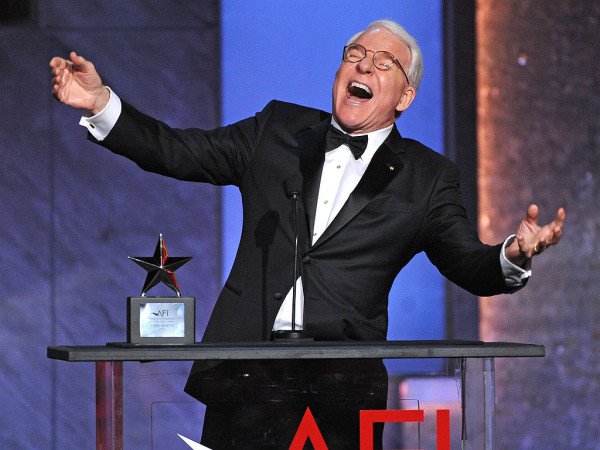 “Tonight is especially meaningful to me, because when I was a kid, I used to get all dressed up and play AFI Lifetime Achievement Award,” he added.

Steve Martin, who turns 70 this year, is best known for movies including Parenthood, The Man With Two Brains, Planes, Trains & Automobiles and Roxanne.

The comedian is also an author and a prolific banjo player, releasing a Bluegrass album in 2009 called The Crow.

Steve Martin was presented with the award by Mel Brooks, who received the same honor in 2013.

The comedian, who has won an Emmy, four Grammys, a Kennedy Center Honor and an Honorary Oscar, concluded on a humble note: “Last year I was walking down the street and a young girl about 17 said to me: <<Did you do that (1979) movie The Jerk?>> I said, <<Yes, I did>>.