One of the world’s rarest bird – Northern Bald Ibis – may become extinct in Syria because of the capture of Palmyra by ISIS, experts say.

A relict population of three pairs of Northern Bald Ibis was discovered near Palmyra in 2002.

This migratory colony remains on the brink of extinction despite intensive protection work.

Three birds held in captivity were abandoned last week after their guards fled the fighting. Their fate is unknown.

Officials have offered a reward of $1,000 for information about the whereabouts of a fourth bird.

The Society for the Protection of Nature in Lebanon said that finding the missing female, called Zenobia, is crucial. 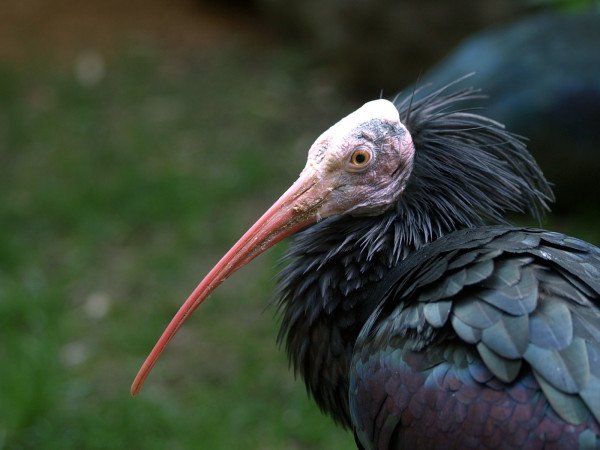 Zenobia is the only bird who knows the migration routes to wintering grounds in Ethiopia and without her other captive birds cannot be released.

Then the species could go extinct in the wild in Syria, said ornithologists.

The species was thought to have been extinct in the region until seven birds were found nesting near Palmyra more than 10 years ago.

Despite being protected, their numbers dwindled to just four wild birds. This year only Zenobia made it back to the site.

Another three captive birds were being kept nearby but it is not clear if they are still safe.

The fall of Palmyra came just days after ISIS captured the major Iraqi city of Ramadi.

The capture of the UNESCO’s World Heritage site next to the modern city of Palmyra has raised international alarm.

ISIS militants have destroyed several sites in Iraq – most recently the ancient city of Nimrud, one of Iraq’s greatest archaeological treasures.