Smoking pipe tobacco is said to be a dying art. This is a terrible shame, because the history of this type of tobacco is as old as time itself. Additionally, the scent of a good quality tobacco gives a truly homely, warming and welcoming feel to any room. Luckily, some people still continue to smoke pipe tobacco, and there is a lot of information out there about the different types of tobacco that can be used. Let’s take a look at some of these.

Burley is generally considered to be a tobacco used for cigarettes. This is because it is slow burning, low in sugar and high in nicotine. However, this does not mean it is not suitable for pipes. Generally, however, it is used as a blend, to give other tobaccos a different aroma or texture. Some 70% of all burley is produced in Kentucky, with a further 20% being produced in Tennessee. The remaining 10% is produced in various other states. Brazil is also a major producing country. Burley is an interesting tobacco, as it can actually hide within the blend itself. It is known as the chameleon of tobacco plants. In a bland, it gives a heavier mouth feel and increased body. However, it is important to only choose a high quality burley. 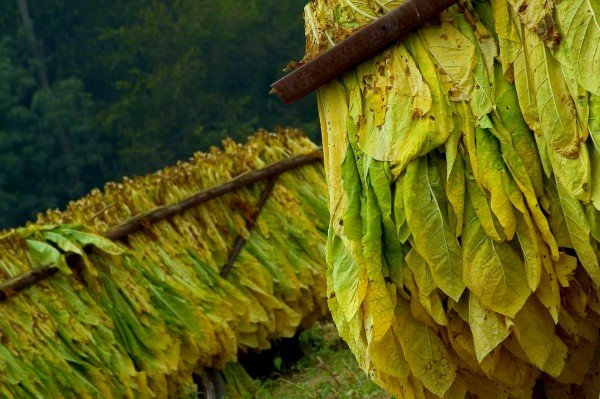 A lot of people talk about Cavendish as if it is a tobacco plant. This is incorrect. Indeed, it refers to the method of processing and cutting the tobacco itself. The methods used are designed to bring the sweet natural taste of tobacco out and they can be used on all tobaccos and tobacco blends. It is also often used in cigars.

First, leaves are pressed together, after which they are exposed to heat from steam or a fire. Then, the tobacco is left to ferment, creating a mild and sweet tobacco. Once dried and fermented, it is sliced. Each slice is then broken apart by hand rubbing it in a circular motion. In many cases, extra flavors are added at the pressing stage.

Cavendish comes in various colors, with Black Cavendish being the best known one. Additionally, it is very easy to add flavors to it, which is why it can be smoked in flavors such as chocolate, cherry, rum, coconut, vanilla, strawberry, bourbon and walnut.

A number of different blends feature Dark Fired Kentucky. It is a very dark type of tobacco that is not unlike Burley. It is first cured in a barn, using an open fire, not unlike Latakia. This process gives it a smoky feel, but not as woodsy as Latakia. Instead, it has an earthy flavor to it. It burns very well, has a high nicotine content and has a really good body.

These are just some of the commonly found pipe tobaccos and there are many more. It is important to research the different options if you want to start smoking pipes. This is true not in the least because you will have to spend some time getting used to it.