The Islamic State (ISIS) has seized the Iraqi city of Ramadi after government forces abandoned their positions, officials say.

The police and military made a chaotic retreat after days of intense fighting.

Iraq’s PM Haider al-Abadi had ordered troops to stand their ground, saying he was deploying Shia militia to the city. 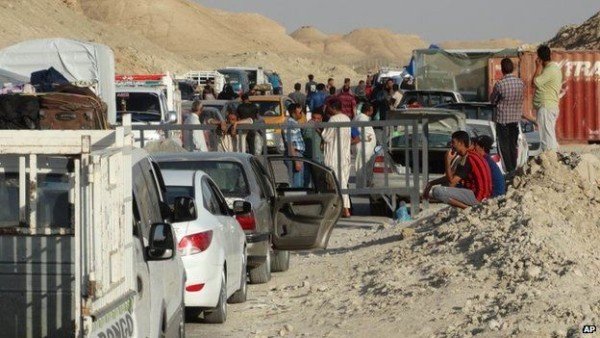 Ramadi is the capital of Iraq’s largest province, Anbar, and is just 70 miles West of Baghdad.

A statement purportedly from ISIS said its fighters had “purged the entire city”. It said ISIS had taken the 8th Brigade army base, along with tanks and missile launchers left behind by troops.

Footage posted on social media showed military vehicles speeding away from Ramadi, with soldiers hanging off the sides.

PM Haider al-Abadi called on pro-government forces to “hold their positions and preserve them and not allow Daesh (ISIS) to extend to other areas in Ramadi”.

Anbar province covers a vast stretch of the country west from the capital Baghdad to the Syrian border, and contains key roads that link Iraq to both Syria and Jordan.

ISIS reportedly controls more than half of Anbar’s territory.