Leaders of far-right Golden Dawn party are among 69 people who have gone on trial in Greece on charges including murder and being part of a criminal group.

The session began at a top security prison in Athens, without some of the key defendants present.

Security forces are braced for trouble, with party supporters and anti-fascist groups vowing to stage protests. 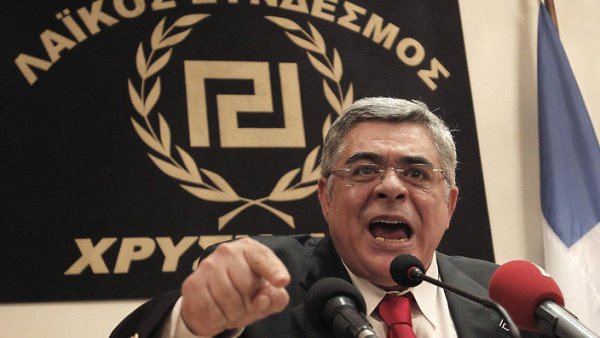 Critics describe the anti-immigrant party as a neo-Nazi group.

All 18 of the far-right party’s lawmakers in the previous Greek parliament are among the defendants, but only a handful of them were in the specially-built courtroom for the start of the trial.

Leader Nikos Michaloliakos, 57, who was released recently from prison, is being kept under house arrest and was not in court on April 20.

The trial follows a lengthy investigation into the 2013 murder of anti-racist rapper Pavlos Fyssas by a Golden Dawn supporter.

Golden Dawn has also been linked to the murder of a Pakistani immigrant and beatings of political opponents.