Zayn Malik’s first solo song has been taken down, less than a day after it was shared on SoundCloud.

Producer Naughty Boy tweeted a link to the track on March 31, with the words “let the music do the talking”.

The song was uploaded less than a week after Zayn Malik confirmed he was quitting One Direction.

Louis Tomlinson accused Naughty Boy of being “inconsiderate” to fans after he re-tweeted a video about Zayn Malik.

The pair argued on Twitter hours before the demo was made public.

Zayn Malik quit One Direction last week saying he wanted to be a “normal 22-year-old”, but early on March 31 Naughty Boy tweeted a link to his first solo song I Won’t Mind. 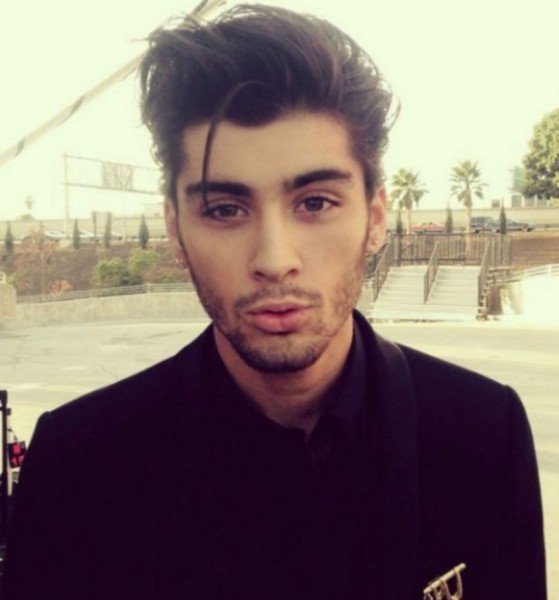 The track on SoundCloud is now unavailable, but it included the caption: “There is nothing but love for what was left behind. That’s why we don’t mind. 😉 #zaughty #zinabad.”

The producer tweeted the song hours after having an argument with Zayn Malik’s former One Direction bandmate Louis Tomlinson.

Louis Tomlinson accused the producer of “trying to wind the fans up” after he re-tweeted a video saying “Zaughty will rise”, a reference to working with Zayn Malik.

He later tweeted: “Wow @NaughtyBoyMusic you’re so inconsiderate pal, seriously how old are you? Grow up! #masterofallwisdom.”

So far, Zayn Malik hasn’t commented on the solo material.

As One Direction carries on as a four-piece, Zayn Malik has been removed from the video montage which plays at the beginning of the band’s shows.

Fans in Johannesburg, South Africa, noticed Zayn Malik was missing from the footage at One Direction’s show on March 29.