The 31-year-old South African comedian made his debut as a contributor to the nightly satirical show in December 2014.

Trevor Noah’s first appearance took aim at racial tensions in the US, saying: “I never thought I’d be more afraid of police in America than in South Africa.”

Jon Stewart announced he would be stepping down in January. He has hosted The Daily Show for 16 years.

The presenter has yet to set a timetable for his departure, but the selection of a replacement should make the task easier.

Producers will want to give Trevor Noah time to settle into this new role before next year’s presidential election.

Speaking to the New York Times from Dubai, where he is on tour, the comedian Trevor Noah expressed disbelief at his appointment. 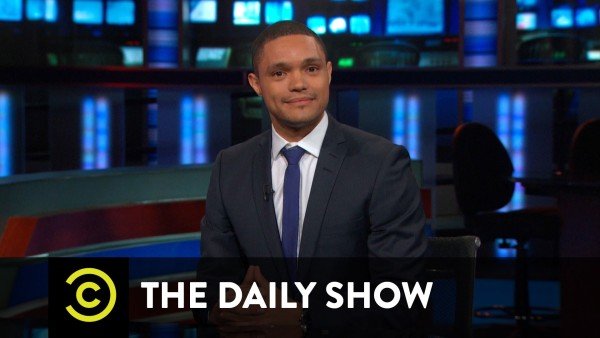 “You don’t believe it for the first few hours,” he said.

“You need a stiff drink, and then unfortunately you’re in a place where you can’t really get alcohol.”

In a statement, Jon Stewart said: “I’m thrilled for the show and for Trevor.

“He’s a tremendous comic and talent that we’ve loved working with.”

Jon Stewart added he “may rejoin [The Daily Show] as a correspondent just to be a part of it!”

Under Jon Stewart’s guidance, The Daily Show has become one of the most important political programs on US television.

Even though Jon Stewart insists he is a comedian, not a journalist, his passionate monologues on politics, race and social justice exert a real influence on political debate in the United States.

Trevor Noah is a relative unknown in the US, but has hosted numerous television shows – including his own late night talk show – in South Africa.

Writing on Twitter, Trevor Noah said: “No-one can replace Jon Stewart. But together with the amazing team at The Daily Show, we will continue to make this the best damn news show!”