PM Habib Essid had noted several security deficiencies during a visit to the museum, his office said.

The Islamic State (ISIS) said it carried out the attack on Bardo museum in the capital, Tunis, killing 23 people, mostly European tourists.

Two of the gunmen were killed by the security forces, while a third was on the run, Tunisian President Beji Caid Essebsi said.

“There were certainly three attackers… there is one who is on the run, he won’t get far,” President Beji Caid Essebsi said on March 22. 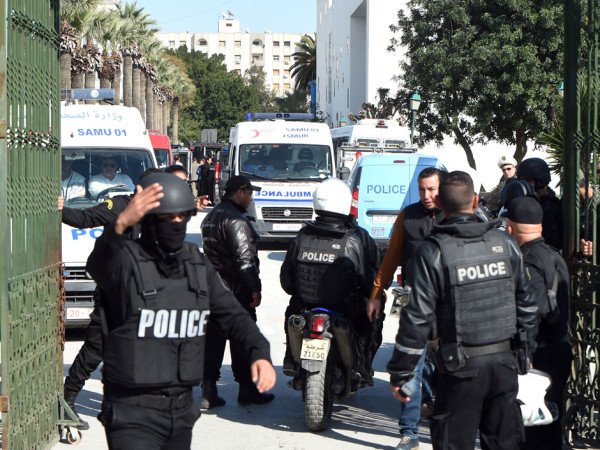 The police chiefs of Tunis and the museum were among those dismissed, Habib Essid’s spokesman Mofdi Mssedi told AFP news agency.

Habib Essebsi said in an interview with French media that a monument would be erected in memory of the victims.

The gunmen are said to have been trained in Libya in an area controlled by ISIS militants.

The two gunmen seen in the video were named as Yassine Laabidi and Hatem Khachnaoui. They were both killed in a gunfight with security forces inside the building.

In an earlier interview with Paris Match, Habib Essebsi said that “shortcomings” in Tunisia’s security system meant “the police and intelligence services had not been through enough in protecting the museum”.

However, Habib Essebsi added that the security services “reacted very efficiently” to the attack and had helped save dozens of lives.

Twenty foreigners were among those killed in the attack, including British, Japanese, French, Italian and Colombian tourists.

Following the attack, large numbers of Tunisians gathered outside the museum to protest against terrorism.

Tunisia has seen an upsurge in Islamist extremism since the 2011 revolution – the event that sparked the Arab Spring.