In a video posted online, Valentina Maureira, a 14-year-old Chilean girl, is asking President Michelle Bachelet to allow her to die.

The video has been viewed by thousands of people since the girl posted it.

Valentina Maureira suffers from cystic fibrosis, an incurable genetic disorder that attacks the lungs and other organs.

Her spokesman said Valentina Maureira could not be granted her wish but the government would pay for psychiatric treatment. 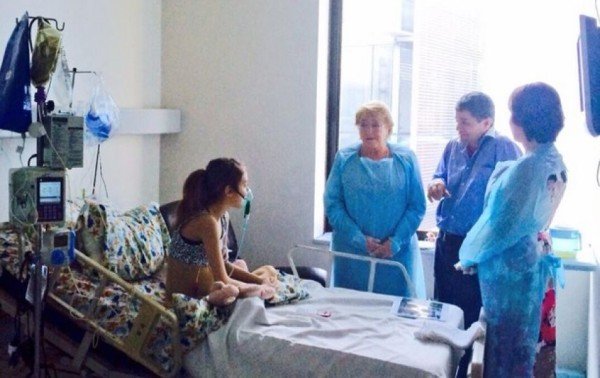 Valentina Maureira’s message has been viewed thousands of times on social networks, fuelling the debate in Chile over euthanasia, which is forbidden by law.

“I asked to speak urgently with the president, because I am tired of living with this disease,” the girl said.

She also said she had an older brother who died of the same illness when he was six years old so she knew what would happen to her.

“This is so tough, but I have to respect her decision because she’s the one who’s suffering this illness,” AP quoted Fredy Maureira as saying.

Cystic fibrosis attacks the lungs and makes it difficult to breathe, among other symptoms.