The North Korean propaganda has released 310 slogans to mark the 70th anniversary of the country’s founding.

The new slogans covered a wide range of subjects. Workers were urged to “make fruits cascade down” and create a “socialist fairyland”.

Wives were told to be dependable, while “sports games [are] to be played in an offensive way”, the slogans said.

Several slogans made threats against what North Korea called its enemies. Slogans described the US as “warmongers” and said North Korea would “annihilate them to the last man” if they invaded. 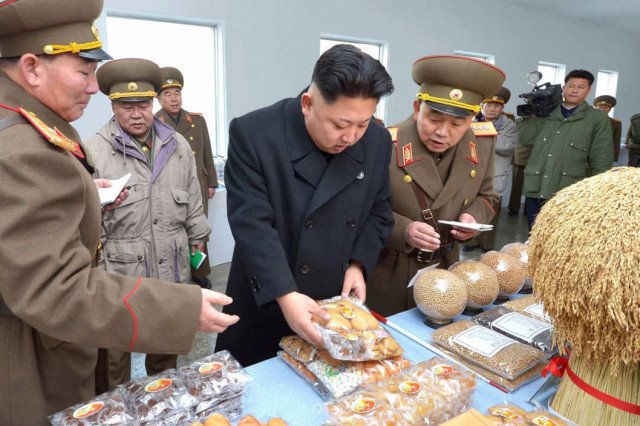 Food production also featured extensively in the slogans. Workers were encouraged to fill the country “with the fragrant smell of fish” and told that “fertilizer means rice and socialism”.

Another slogan read: “Grow vegetables extensively in greenhouses! Let us turn ours into a country of mushrooms by making mushroom cultivation scientific, intensive and industrialized!”

North Korea, which is still under nominally communist rule, has suffered from severe famines in the past. Over three million people are believed to have died in the 1996 famine.

Despite being one of the most isolated nations in the world, some “management speak” appeared to creep into the slogans.

North Koreans were told to adopt the philosophy of “Kimilsungism-Kimjongilism” – a reference to former leaders Kim Il-sung and Kim Jong-il, who are revered in state propaganda.

The slogans also shed light on Kim Jong-un’s leadership style, with the military urged to establish his “monolithic command system more firmly throughout the army”.

Music seems to be a component of the authoritarian system with workers encouraged to sing the song We are the Happiest People in the World.