Home Entertainment The SpongeBob Movie: Sponge Out of Water tops US box office in...

The SpongeBob Movie: Sponge Out of Water has topped the US box office, taking $56 million in its opening weekend.

The animated movie follows SpongeBob character as he leaves his home on the ocean floor and attempts to recover a stolen burger recipe.

Since its release, American Sniper has raked in $282 million. Based on the memoirs of soldier Chris Kyle, it has received six Oscar nominations, including a best actor nod for Bradley Cooper in the title role. 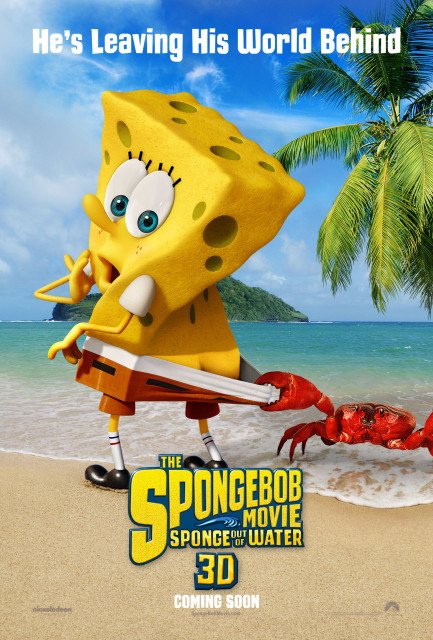 Jupiter Ascending sold the third most tickets over the weekend, with estimated box office takings of $19 million.

Paddington, the film adaptation of the family classic about a bear lost in the big city, came fifth, with $5.4 million in ticket sales.