American journalist Jim Wyss, who was detained in Venezuela while covering the 2013 elections, has become the unlikely star of a Venezuelan tourism advertisement.

The image on TeleSur’s Twitter feed showed a man being hugged with the line: “We love Venezuela for receiving foreigners like one of our own.” 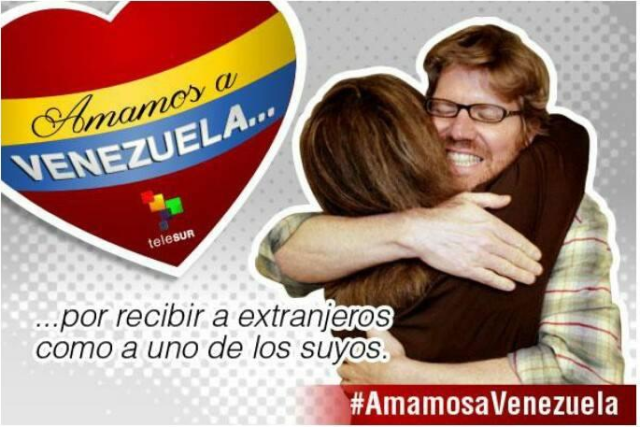 That man was Jim Wyss being welcomed home to the US shortly after his arrest.

TeleSur declined to comment and the ad has been withdrawn.

Jim Wyss was not aware his image had been used until a friend in Venezuela told him about it.

He was detained for two days during the 2013 elections for not having a journalist’s visa.