Shakira and Gerard Pique have welcomed their second baby boy at 9.54PM on January 29 in Barcelona, Spain.

The baby boy, born by caesarean section, is called Sasha, Gerard Pique’s proud grandfather has confirmed. Amador Bernabéu told reporters that he had seen a photo of the baby, who supposedly looks like Gerard.

“They’ve told me he looks like Gerard. Milan [the couple’s first son] looked like Shakira when he was born but this one looks more like his father.”

Amador Bernabéu hasn’t had a chance to see his new great-grandson because of a pressing engagement on Thursday. At midday he had an appointment to make Sasha a member of Barcelona FC, where Gerard Pique plays, just as he did for Milan. 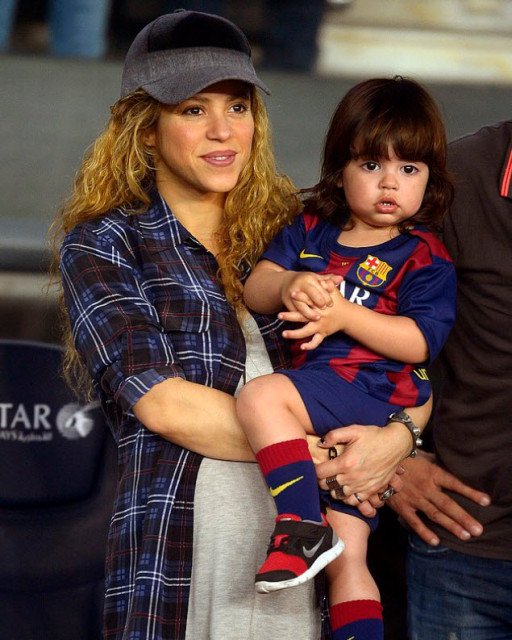 Shakira revealed on her website that “the name Sasha is of Greek and Russian descent and means <<defender of mankind>> and <<warrior>>.”

The brief statement also revealed that “both mother and child are in excellent health”.

Sasha was born two years after Milan made his debut in the very same hospital.

Milan turned 2 on January 22 and his parents both have their birthday on February 2, when Shakira will be 38, while her partner will be 28.

Expectation had been high in Catalonia with reporters camped outside the city’s Teknon Clinic as early as January 27. However, the couple kept up their normal routine, with Gerard Pique training as usual and even travelling to Madrid for a match on January 28.

On Thursday evening, Shakira and Gerard Pique slipped quietly into hospital by a side door, followed shortly afterwards by the singer’s brother.

Shakira and Gerard Pique asked followers to donate money to UNICEF, an idea they had when expecting Milan. Their first Virtual Baby Shower in 2013 was a huge success: over 80,000 children were vaccinated against polio, nearly 4 tons of therapeutic food helped children suffering from malnutrition, plus around 1,000 anti-malaria bed nets and nearly 200,000 oral rehydration salts sachets were distributed.

UNICEF Goodwill Ambassador Shakira was hoping fans would be just as generous this time around.