Princess Elena of Avalor is the star of a new animated television series for Disney Junior.

She will make her debut in a 2016 episode of Sofia the First before getting her own spin-off series.

Disney described the 16-year-old as the “bold, caring, funny and clever ascendant to the throne in the fairytale kingdom of Avalor”.

The kingdom will be inspired by diverse Latin cultures and folklore.

Disney made history in 2009 with its first black princess, called Tiana, in The Princess and the Frog.

The series will feature “a universal story” with themes that “authentically reflect the hopes and dreams of our diverse audience”, according to Nancy Kanter, the executive vice president of Disney Junior Worldwide. 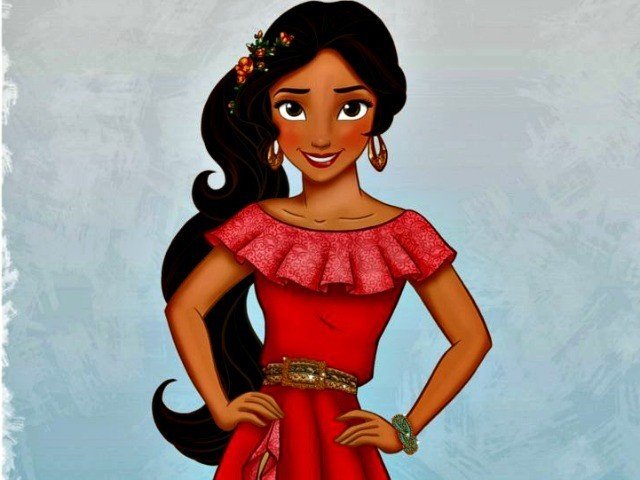 “What excites us most is the chance to use distinctive animation and visual design to tell wonderful stories influenced by culture and traditions that are familiar to the worldwide population of Hispanic and Latino families and reflect the interests and aspirations of all children as told through a classic fairy tale,” said Nancy Kanter.

While the show will centre around the “confident and compassionate teenager” Elena, it is being targeted at children aged two to seven.

Disney said the series, which will be presented in 25 languages around the world, will communicate “positive messages and life lessons” for young children about things like “leadership, resilience, diversity, compassion and the importance of family and family traditions”.

Princess Elena’s story starts when she is trapped inside an amulet while trying to protect her sister and grandparents from evil sorceress Shuriki, who took her parents and kingdom away.

It turns out to be the same amulet worn by Princess Sofia, who will set out to restore Elena to her human form and help her return to the kingdom of Avalor.