Fritz-Joly Joachin, a French national said to be connected to the Kouachi brothers, has been extradited from Bulgaria to France.

Fritz-Joly Joachin was detained while trying to cross into Turkey, a French judicial official said.

He has admitted to being an associate of the attackers of Charlie Hebdo magazine but denies being aware of their plans.

Seventeen people were killed in a series of attacks in Paris in January.

Fritz-Joly Joachin, 29, is accused of participating in a terrorist group and of having links to a network of people sending fighters to Syria. 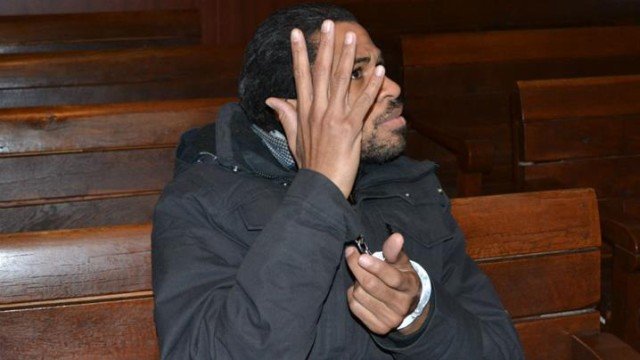 He arrived in France on January 29 and was due to be questioned later in the day, unnamed judicial sources told AFP.

The Islamist gunmen had links to groups based in the Middle East, and said they were “avenging” cartoons of the Prophet Muhammad in Charlie Hebdo magazine.

Fritz-Joly Joachin was thought to have been on his way to Syria with his three-year-old son when he was detained, according Bulgaria’s Sophia news agency.

French authorities have arrested four other people for alleged links to the Kouachi brothers.