According to one of his colleagues, Argentine prosecutor Alberto Nisman, who died in unexplained circumstances, borrowed a gun because he did not trust the police protecting him.

Diego Lagomarsino lent Alberto Nisman a gun the day before he was found shot dead.

Alberto Nisman was about to testify about alleged attempts to cover up Iranian involvement in a bombing in 1994.

Prosecutors have yet to establish if he committed suicide or was killed. He will be buried on January 29.

Alberto Nisman had been due to appear in Congress to publicly accuse President Cristina Fernandez de Kirchner of being behind an attempt to hide the alleged involvement of Iranian suspects in the Jewish centre bombing, which killed 85 people.

He was found dead in his apartment on January 18.

On January 28, Alberto Nisman was mourned at a private wake. He will be buried on January 29 at a Jewish cemetery in La Tablada, on the outskirts of Buenos Aires. 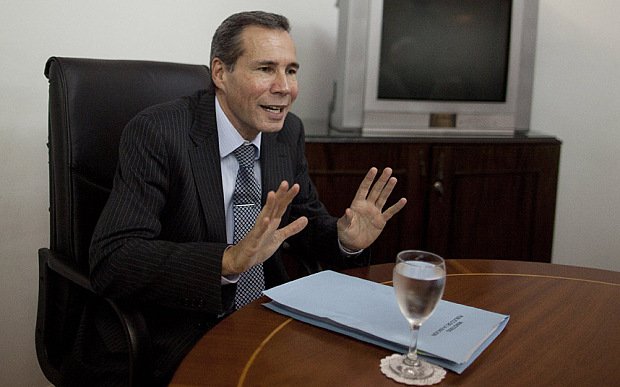 Diego Lagomarsino, a computer specialist and long-time acquaintance of Alberto Nisman, lent him the gun that killed him.

He told a news conference that Alberto Nisman had told him he “feared for the safety of his daughters”.

“He said to me, <<Don’t worry, it’s to have in the glove box just in case a crazy person with a stick comes up and says I am a traitor>>.”

Diego Lagomarsino, the last person to see Alberto Nisman alive, said he showed him how to load and unload the gun, but the prosecutor had assured him he would not use it.

But he added that Alberto Nisman had told him: “I don’t even trust my security detail.”

Diego Lagomarsino has been charged with giving a firearm to someone who was not the registered owner – the only person to be charged in the case so far.

Alberto Nisman’s security chief has been suspended and is under investigation along with two other members of his guard.

Ruben Benitez had co-ordinated a security team of 10 officers to protect Alberto Nisman.

Police say the team broke with protocol by remaining out of contact with Alberto Nisman for several hours on the day of his death and failing to report to their superiors.

In a national address on January 26 and in two letters, President Cristina Fernandez de Kirchner accused former intelligence agents of manipulating Alberto Nisman to bring charges against her.

She suggested he was killed to increase the damage to her.

Investigators have said they believe Alberto Nisman committed suicide, but have classified his death as suspicious because they could not rule out murder or an “induced suicide”.