Shortly after appearing on the Ellen DeGeneres Show, Justin Bieber has apologized for the way he has behaved over the last 18 months.

In a video released online, Justin Bieber, 20, said: “How I’ve been acting in the last year, year and a half, is not who I am. I was pretending.

“Often we pretend to be something we are not to cover up for what we are truly feeling inside.”

The reason for releasing the video isn’t clear but it seems the singer may have been unhappy with his interview with Ellen DeGeneres.

During the minute-long apology recorded at home Justin Bieber explains that the live studio audience meant he felt uncomfortable.

“I was afraid of what people are thinking of me right now,” he said.

“It’s been a minute since I have made a public appearance.

“I didn’t want to come off arrogant or conceited.” 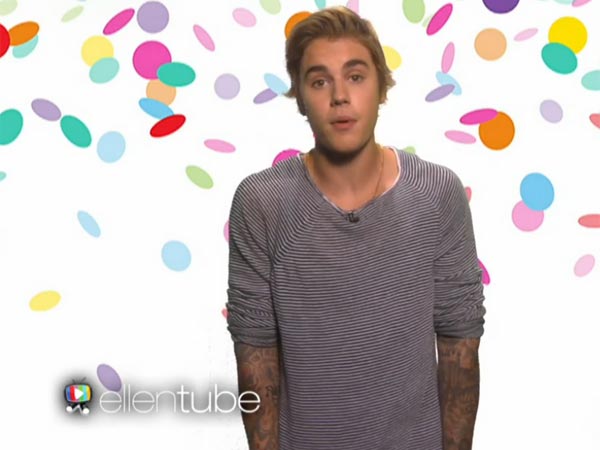 In a tweet after he left the television studio Justin Bieber wrote: “@TheEllenShow. Happy birthday! Sorry I was so nervous.”

To which Ellen DeGeneres replied: “You were perfect. Thanks for surprising me!”

Over the last 18 months Justin Bieber has made headlines for all the wrong reasons.

In June 2014, Justin Bieber issued an apology after footage of him leaked using the n-word while telling a joke about the Ku Klux Klan.

He’s switching from squeaky clean teen pop star to an adult, an issue he addresses in his video.

Justin Bieber also says he’s much more at home on a stage performing than facing an audience for a television interview.

“I felt people were judging me for what happened in the past. I just want to make the best impression on people, be kind, loving and gently.

“People can call me a softie but that’s how my mum raised me.”