Heavy snowfall is forecast from Philadelphia to Maine, pre-emptively closing many schools and offices.

A blizzard warning has been issued across New York and Boston from Monday afternoon until Tuesday.

More than 250 flights on Monday and more than 2,300 on Tuesday had already been cancelled, according to FlightAware website.

New York Governor Andrew Cuomo urged commuters to work from home on Monday, January 26. He also warned that public transport and major roads could be closed before evening rush hour. 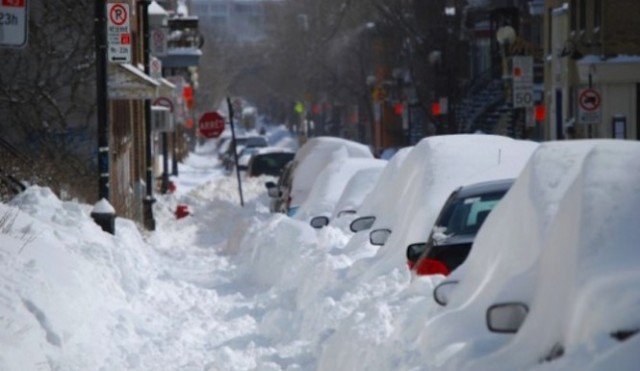 Amtrak is running as normal for now.

The highest snowfall totals are expected along the 250-mile coastal stretch between Boston and New York, but more than a foot of snow is forecast for areas further west and south.

Speaking on January 25, NYC Mayor Bill de Blasio showed journalists a list of the city’s top 10 snowstorms, dating back to 1872.

New York’s biggest snowstorm on record was in 2006, when nearly 2ft 3 in of snow fell.