The UK’s government will review security procedures after a hoax caller was put through to PM David Cameron.

The caller talked to the prime minister after claiming to be Robert Hannigan, director of government monitoring agency GCHQ.

David Cameron received the call on an official mobile but ended it when it became clear it was a hoax, and no sensitive information was disclosed.

GCHQ is also carrying out a review after Robert Hannigan’s mobile phone number was revealed in a separate call.

The contact number given out for the GCHQ head is thought to have been for an unclassified phone rather than one of the secure lines used for sensitive communications. 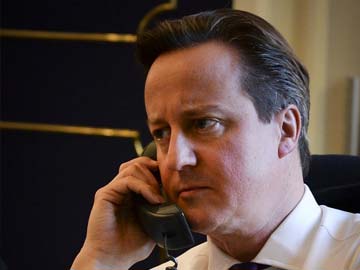 And although the call to David Cameron was made to an official mobile, the conversation was understood to have been “quite brief”.

A government spokeswoman said a notice has gone out to all departments to be on the alert for hoax calls following the incident.

She said: “The prime minister ended the call when it became clear it was a hoax. In neither instance was sensitive information disclosed.

“Both GCHQ and Number 10 take security seriously and both are currently reviewing procedures following these hoax calls to ensure that the government learns any lessons from this incident.”