Birdman has been given a boost in the run-up to this year’s Oscars after winning the Producers Guild of America’s top award.

The Producers Guild has predicted the winner of best picture at the Oscars for the past seven years.

In Birdman, Michael Keaton plays a washed-up star who tries to revive his career.

Richard Linklater’s epic Boyhood has until now been seen as the frontrunner for best picture at the Oscars, which take place in Hollywood on February 22.

Many of the PGA’s 6,700 members are also Oscar voters, and the winner of the top PGA prize has gone on to win best picture at the Oscars every year since 2007, and 18 times in the past 25 years. 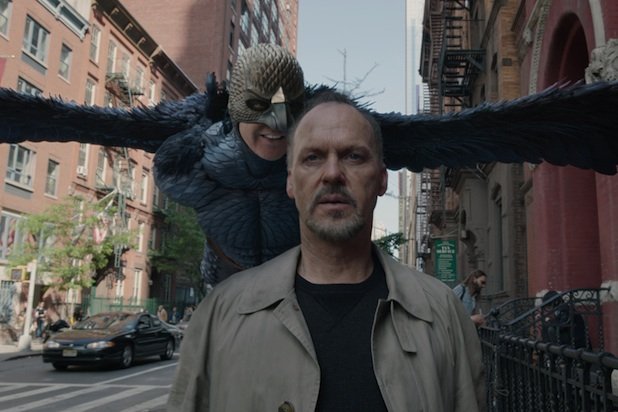 In 2014, the PGA did hedge its bets, however, by announcing a tie between 12 Years a Slave – which went on to win the Academy Award – and space drama Gravity.

Birdman, in which Michael Keaton stars as a former Hollywood superhero who tries to make a comeback on Broadway, has nine Oscar nominations.

Boyhood, which was filmed over 12 years to show one boy’s coming of age, has six Oscar nominations and is odds-on favorite to win best picture.

However, the PGA panel has definitely disagreed with Oscar voters in one category this year.

At the PGA ceremony on January 24, The Lego Movie was named best animated feature – but it has not even been nominated in that category at the Academy Awards.

Life Itself was named best documentary by the PGA, while Fargo, Breaking Bad and Orange Is The New Black were among the victors in the television categories.