Shannon Conley has been sentenced to four years in jail in Colorado after she pleaded guilty to trying to help the militant group Islamic State (ISIS).

Shannon Conley, a 19-year-old Muslim convert, was arrested in April while trying to board a flight to Turkey en route to Syria to marry an ISIS fighter.

Prosecutors offered a reduced term if she helped share information about other Americans looking to join ISIS.

Shannon Conley, who now calls herself Halima, said she deeply regrets her actions.

Handing down the verdict at a court in Denver, Judge Raymond Moore said the sentence was meant to deter others who wanted to join Islamic militants. 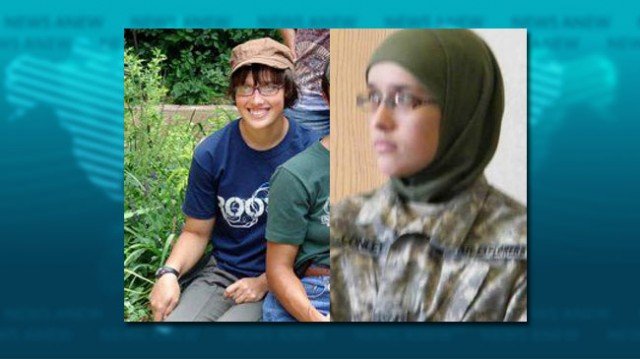 The judge also expressed doubt about Shannon Conley’s claim that she had disavowed jihad.

“Defiance has been a part of her fabric for a long time,” he said, adding that Shannon Conley needed mental help.

Shannon Conley appeared in the courtroom wearing a headscarf with her prison uniform. She had earlier pleaded guilty to one count of conspiracy to provide material support to a foreign terrorist organization.

The woman had faced up to five years in prison.

Shannon Conley, who is a nurse’s assistant, told her parents she planned to marry Yousr Mouelhi, who she met online and believed to be a Tunisian ISIS fighter.

The FBI became interested in Shannon Conley after she alarmed employees of a church in Denver by taking notes on the layout of the building.

Over the course of eight months, FBI agents repeatedly tried to discourage Shannon Conley from travelling abroad, suggesting she explore humanitarian work instead.

Shannon Conley’s father, who had refused to let her marry her Tunisian suitor, discovered a one-way ticket to Turkey with her name on it.