According to Indian media, President Barack Obama has cancelled plans to visit the Taj Mahal during his upcoming visit to India.

Barack Obama was scheduled to go to India’s famed monument to love with First Lady Michelle Obama on January 27, at the end of a three-day visit to India.

Hundreds of cleaners had been hired to spruce up the white marbled mausoleum in preparation for their arrival. 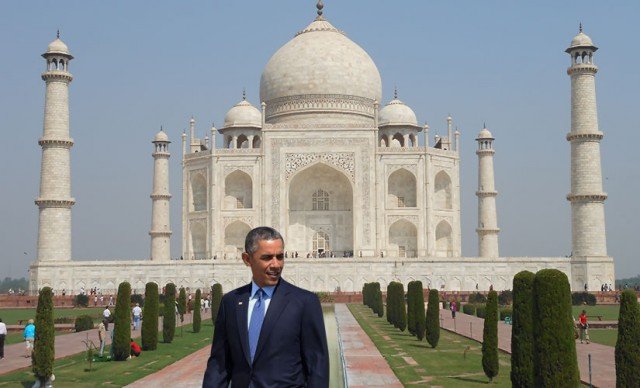 The Hindu website carried a similar report, quoting a government source as saying: “It’s possible that he might leave India earlier.”

The White House did not comment on the reports.

Barack Obama will hold talks with Indian PM Narendra Modi and become the first serving US president to be guest of honor at the Republic Day parade during his second visit to India since taking office.

The cancellation of the Taj Mahal visit would deprive India’s top tourist attraction of publicity at a time when the government is trying to boost visitor numbers.

Twitter users rushed to thank Barack Obama for orchestrating a clean-up of the mausoleum in the town of Agra, built by Mughal emperor Shah Jahan for his beloved empress who died during childbirth in 1631.