Charlize Theron adopted Jackson, now 3, in 2012 when he was a few months old.

The couple’s reps have not commented, but many are taking the move as indication that they plan to wed, despite the actress’ past admissions that marriage doesn’t interest her much.

Charlize Theron has been spotted wearing a diamond ring on several occasions, fueling speculation that she and Sean Penn are engaged. Sources debunked the rumors last summer, but they recently heated up again. 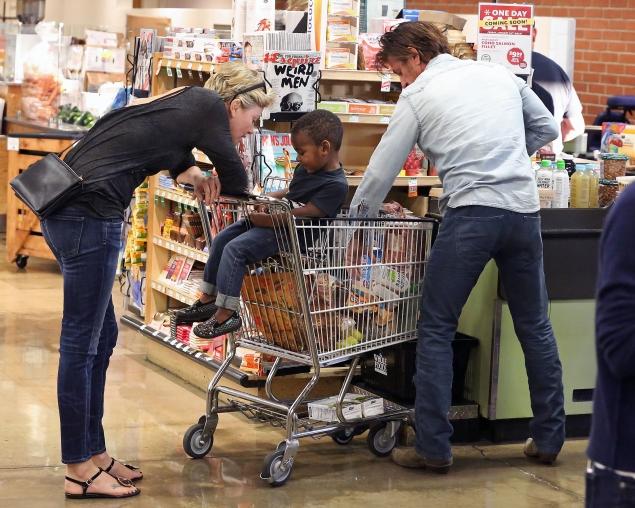 In November, Sean Penn and Charlize Theron were accused of wrongly mistreating Jackson during a hike, after a woman called police saying she saw the toddler screaming, and assumed the stars had done something wrong. It was ultimately determined by the cops that nothing unpleasant or criminal had taken place, and Jackson was just having a standard tantrum.

Charlize Theron broke her silence on her relationship with Sean Penn in a Vogue cover story last spring: “I was single for a really long time. I was enjoying mommyhood. You just naturally become kind of selfish about your time, and all of it is dedicated to this little thing, whether he needs it or not.”

The actress confessed, however, that she didn’t see the romance with Sean Penn coming, explaining: “Sean and I have known each other for eighteen years. We were just really good friends. And it’s been slow going because you are aware that you could screw that up and lose it. We had to think about it.”

Sean Penn, whom Jackson reportedly calls “daddy” already, is also father to daughter Dylan, 23, and son Hopper, 21, from his marriage to Robin Wright.