The New York Times said the project – which was announced in December 2012 – had stalled over disagreements on control of the film.

The newspaper said Bill Clinton had wanted more say over the interview questions and the final cut.

A spokesman for the former president said the claim was “inaccurate”.

The documentary was partly shot over the past two years, and was to feature Bill Clinton making a philanthropic visit to South Africa. 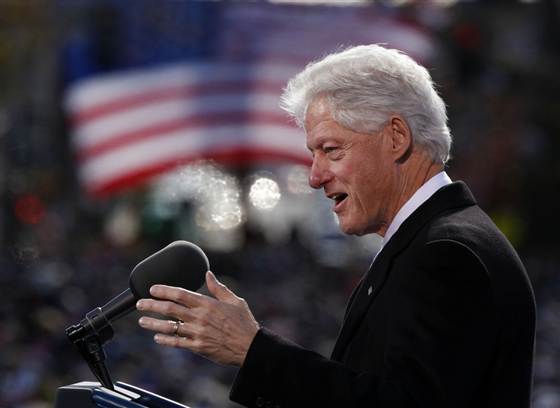 According to unnamed sources working on the project, Bill Clinton’s aides had wanted to approve the questions he would be asked and the film’s final edit.

Martin Scorsese’s spokesman declined to comment on the dispute, but HBO said: “[The film’s] not happening soon but that doesn’t mean it’s not going to happen.”

When the documentary was first announced, Martin Scorsese described Bill Clinton as “a towering figure who remains a major voice in world issues”.

He added: “Through intimate conversations, I hope to provide greater insight into this transcendent figure.”

At the time, Bill Clinton also said he was pleased to become the subject of a “legendary director”.

Martin Scorsese is currently preparing for his next film, Silence, in Taiwan.