Rihanna has won a legal battle against fashion chain Topshop over a T-shirt bearing her image.

The Court of Appeal in London upheld a ban on the store selling a sleeveless T-shirt featuring a photo of Rihanna without obtaining her permission.

In the first successful celebrity case of its kind, three appeal judges agreed marketing the item without Rihanna’s approval amounted to “passing off”.

“Passing off” refers to the unauthorized used of a personal image.

Rihanna sued Topshop’s parent company Arcadia for $5 million back in 2013 over the T-shirts, which featured a photo taken during a video shoot in 2011.

In his ruling in July 2013, the judge found some buyers would have been deceived into buying the top because of a “false belief” it had been approved by Rihanna. 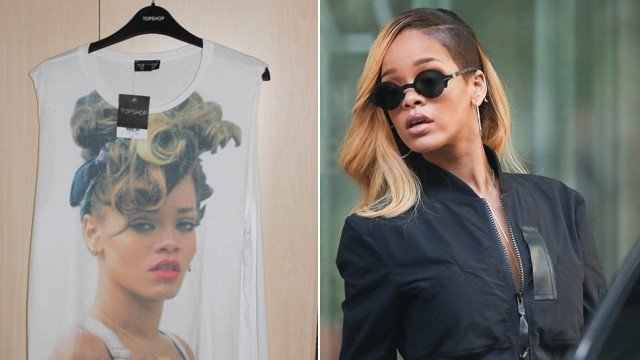 Topshop lawyers had urged the appeal judges to rule that previous judge had misunderstood the law on celebrity merchandising.

They argued the court was dealing with a “decorated T-shirt” similar to merchandise featuring images of stars such as Elvis Presley, Jimi Hendrix and Prince.

They also suggested Rihanna was using the law wrongly to claim “only a celebrity may ever market his or her own character”.

Topshop lawyers had previously argued there was “no intention to create an appearance of an endorsement or promotion”.

However, Rihanna’s victory does not necessarily pave the way for other celebrities to sue companies who use their image without permission.