Mortal Kombat: Legacy and Arrow star Darren Shahlavi has died at the age of 42, his agent has confirmed.

According to his agent, Darren Shahlavi died in his sleep January 14. A cause of death was not revealed.

He began martial arts training when he was 7 years old in Manchester, the UK. 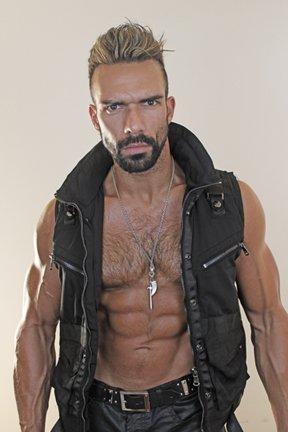 Darren Shahlavi cut his teeth by moving to Hong Kong in the early ’90s and becoming a stuntman in kung fu films, before he was discovered by director Yuen Woo Ping, who cast him as the villain in kung fu film Tai Chi Chuan.

He then broke into Hollywood, scoring supporting roles as a boxer fighting Eddie Murphy in 2002’s I Spy and 2004’s The Final Cut with Robin Williams.

In TV, Darren Shahlavi was a guest star in Sanctuary, Human Target and Reaper.

In 2011, Darren Shahlavi appeared as Kano in Mortal Kombat: Legacy.

In the past few years, Darren Shahlavi had a guest role in the CW’s Arrow, appeared in 2012’s Metal Hurlant and had a starring role in 2012 TV movie Aladdin and the Death Lamp.