Former Olympian Bruce Jenner was reportedly offended when InTouch magazine edited a photo of Kris Jenner’s ex-husband for its cover, giving him makeup and combining his image with that of Dynasty actress Stephanie Beacham. 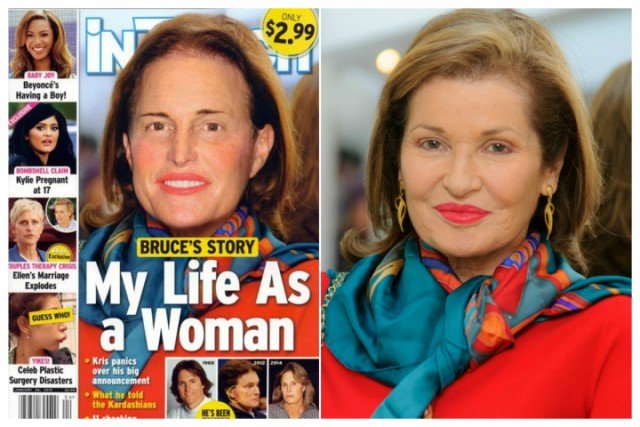 Bruce Jenner will address questions around his changing appearance on a forthcoming episode of Keeping up With the Kardashians, according to Us Weekly.

A source told the magazine Bruce Jenner “was upset by InTouch’s story”, which Russell Brand recently criticized as a transphobic “celebration of the worst aspects of human values”.

The source adds that Bruce Jenner’s family “has been pushing him to make a statement” about the magazine cover.