A teenage couple who have been on the run for two weeks across the southeastern US has been caught in Florida.

Cheyenne Phillips, 13, and her 18-year-old boyfriend Dalton Hayes were arrested on January 18 in Panama City Beach.

Cheyenne Phillips and Dalton Hayes had eluded police in several states after vanishing from their homes in western Kentucky.

Authorities believe their travels took them to South Carolina and Georgia before they were finally surrounded in Florida as they were sleeping in a stolen pick-up truck. 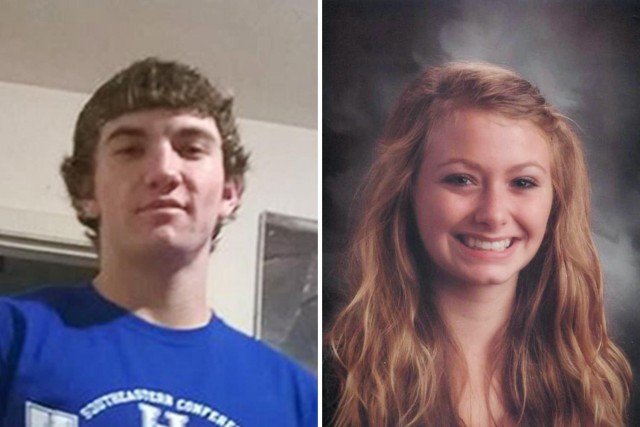 Panama City Beach Police said that both teens were taken into custody without incident.

Earlier, Dalton Hayes’ parents had asked them to surrender and “face the consequences”.

Dalton Hayes’ mother Tammy Martin said that the teenagers had been dating for about three months before they ran away.

Tammy Martin said that Dalton Hayes and the family had believed the girl to be 19.

By the time her son realized she was only 13 years old, “he was already done in love with her”, Tammy Martin said.

Dalton Hayes had already been in trouble with the law when he ran away. He had been facing charges of burglary and theft, the Associated Press reports.

Kentucky Sheriff Norman Chaffins told the news agency he was relieved at how this had ended.

“I think me and the family and many other law enforcement agencies were not getting a good feeling about how this was going to turn out,” he said.

Dalton Hayes is due to appear in court on Monday morning, but Cheyenne Philips will be summoned before a juvenile court later.