At least 200 members of the Yazidi religious community, mainly elderly people, have been released by the Islamic State (ISIS) militant group in northern Iraq.

The freed Yazidis people crossed out of ISIS-controlled territory and were received by Kurdish officials near the city of Kirkuk.

It is not yet clear why militants released them.

Almost all of those released on January 17 were elderly or unwell, said Reuters. An early estimate of their numbers was put at 350, but later reports said there were some 200 in the group. 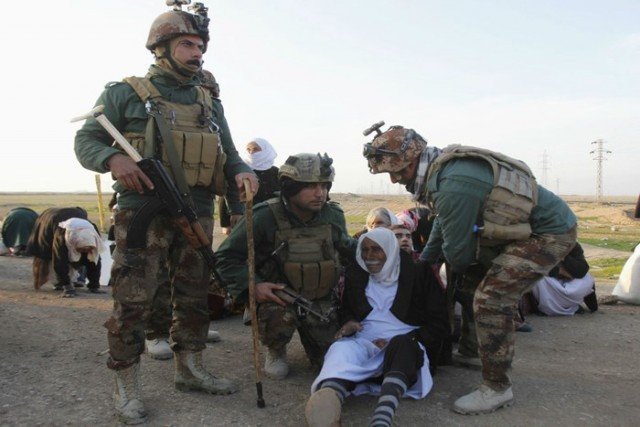 The group, including several sick infants, was taken directly by Kurdish Peshmerga forces to a health centre for treatment.

Khodr Domli, a leading Yazidi rights activist, was at the centre.

“Some are wounded, some have disabilities and many are suffering from mental and psychological problems,” he told the AFP news agency.

“These men and women had been held in Mosul,” Khodr Domli added.

One elderly Yazidi among those released said some of them feared they would be executed when the militants ordered them onto buses.

Instead, they were taken to a crossing point between ISIS-controlled Hawija and the Kurdish city of Kirkuk.

One of them, an elderly Yazidi man in a wheelchair, told AFP that they had spent months in captivity.

“It was so hard, not only because of the lack of food but also because I spent so much time worrying,” he said.

The circumstances surrounding the group’s release are still unclear.

Kurdish Peshmerga forces drove back Islamic State militants in north-western Iraq last month, breaking a long siege of Sinjar mountain where thousands of Yazidis had been stranded for months.

However, many Yazidi villages remain under ISIS control. Yazidi women and girls have been forced to marry or been sold into slavery by ISIS.

The Yazidi community estimates that around 3,000 women and children are still being held captive.