Pinellas County Sheriff’s Office rug has been removed after it was noticed that it read “in dog we trust” instead of “in God we trust”.

The $500 mat lay at the entrance to the office in Pinellas County, Florida, for two months before someone noticed, a spokeswoman said.

A deputy standing in the lobby spotted the error on January 14, CNN reported,

The error was made by the rug’s manufacturer and it is being replaced. 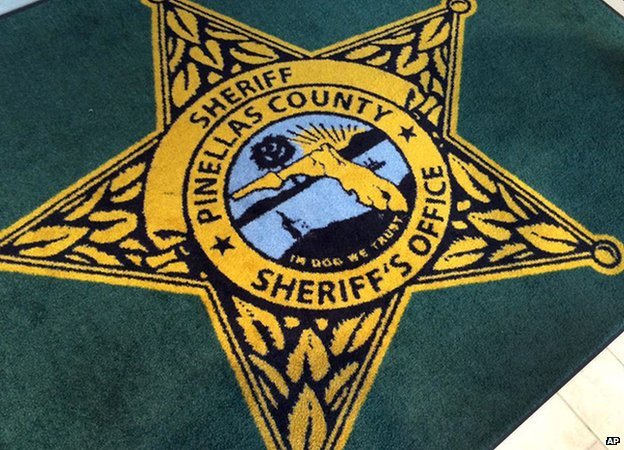 Pinellas Sheriff Bob Gualtieri said they were looking at auctioning it for charity, the Tampa Bay Times reports.

There have been several offers to buy the misprinted rug.

Pinellas County includes the cities of St. Petersburg and Clearwater.

“In God we trust” was adopted as the national motto of the US in 1956. It is also the official motto of Florida.