Christopher Cornell has been arrested by the FBI in Ohio for allegedly planning to attack the Capitol in Washington in an Islamic State-inspired attack.

Christopher Cornell, 20, is charged with attempting to kill a US government officer, according to court documents.

The man came to the attention of the FBI after tweeting support for extremist groups like Islamic State.

The public was never in danger during this investigation, Cincinnati Special Agent in Charge John Barrios said.

Christopher Cornell’s father says his son may have posted angry messages about violent jihad, but he would not have been capable of carrying out an attack.

John Cornell told ABC that his son was only a recent convert to Islam after becoming “lost and vulnerable ” at high school. 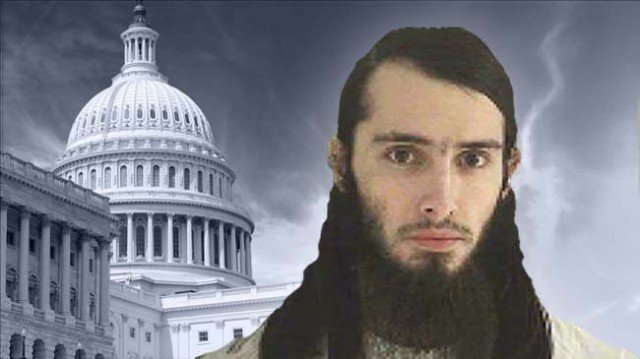 He said that there was no way his son “could have carried out any kind of terrorist plot”.

“He never talked about any kind of violence to me or to his mother. He is a mummy’s boy, he tells mummy everything.”

Christopher Cornell was arrested after purchasing firearms on January 14, but had long been tracked by an undercover agent.

He allegedly operated a Twitter account under the alias Raheel Mahrus Ubaydah, which came to the attention of the FBI through a confidential source in August.

The source had been co-operating with the FBI in exchange for favorable treatment in an unrelated case, court documents said.

Christopher Cornell allegedly told the source he had not been directly authorized by Islamic State leaders overseas to undertake attacks but wanted to “wage jihad under our own orders”.

The informant and Christopher Cornell – who lives in Green Township in Ohio – first began communicating through Twitter and then through an instant messaging platform similar to Twitter, according to court documents.

“I believe we should meet up and make our own group in alliance with the Islamic State here and plan operations ourselves,” Christopher Cornell wrote in an instant message, the documents show.

During a meeting in October, according to the criminal complaint, Christopher Cornell told the source he needed weapons but did not want to share details of his plan.

At a second meeting, Christopher Cornell allegedly told the source they would go to Washington, set off pipe bombs at the Capitol building and shoot employees and officials there.

Christopher Cornell allegedly said that he considered the members of Congress as enemies and that he had plans to travel to Washington and conduct reconnaissance of the security of government buildings before executing “a plan of attack”.

He was arrested by the FBI Joint Terrorism Task Force after buying two M-15 semi-automatic rifles and 600 rounds of ammunition in Ohio.

Prosecutors say Christopher Cornell has researched pipe bombs on the internet as well as travel plans to Washington.