Police opened an investigation into the comic on Janaury 12, after he wrote on a Facebook post “I feel like Charlie Coulibaly” – merging Charlie Hebdo with the name of supermarket gunman Amedy Coulibaly.

Dieudonné M’Bala M’bala, 48, who was being held for questioning at a Paris police station, could face possible charges of “apology for terorism”.

After mocking the media superlatives about Sunday’s Paris unity march, Dieudonne declared: “As for me, I feel I am Charlie Coulibaly.”

Amedy Coulibaly was the man who took hostages and killed four people at the Jewish supermarket HyperCacher in eastern Paris on January 9 before being killed by police.

Dieudonné’s comments generated a wave of fury on the internet – including many angry reactions from his own fans on his Facebook page. His statement was withdrawn after less than an hour.

The French interior minister, Bernard Cazeneuve, called the comment “abject” and asked his officials to investigate whether Dieudonne should be prosecuted for breaching a French law which forbids “apology for” or encouragement of terrorism.

PM Manuel Valls made an impassioned attack on Dieudonne in the National Assembly on January 13. He called him a “peddler of hate and said there should be no confusion between the <<impertinent>> satire of Charlie Hebdo and <<anti-semitism, racism and negationism>>.” 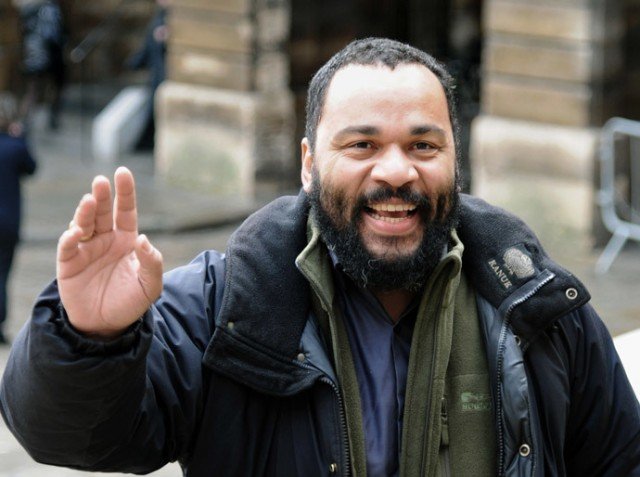 Dieudonné has several convictions for making anti-semitic comments and jokes. He came to international attention 12 months ago after the footballer Nicolas Anelka performed his trademark gesture the “quenelle” during a Premier League match.

The comedien’s stage show was banned a year ago, and had to be amended, because it contained “jokes” mocking the Holocaust. He also suggested that a Jewish radio presenter “reminded him of gas chambers”.

In an open letter to Bernard Cazeneuve, Dieudonne claimed on January 13 that he had been misunderstood. He said that he, like Charlie Hebdo, was a victim of attempts to deny freedom of speech. In his case, he said, his assailant was the government.

What he had meant to say on Facebook, he said, was that: “I am considered like another Amedy Coulibaly when in fact I am no different from Charlie.”

Dieudonne’s original statement on his Facebook page was: “After this historic, no legendary, march, a magic moment equal to the Big Bang which created the Universe, or in a smaller (more local) way comparable to the crowning of the (ancient Gaullish king) Vercingétorix, I am going home. Let me say that this evening, as far as I am concerned, I feel I am Charlie Coulibaly.”