Five million copies of Charlie Hebdo are being printed as long queues have formed at newsstands in France for the post attack edition of the satirical magazine.

The survivor’s issue is released a week after Islamist gunmen murdered 12 people at its offices and five others in subsequent attacks in Paris.

Al-Qaeda in Yemen claimed the attack on Charlie Hebdo magazine in a video purportedly from the group.

It is believed earlier cartoons of the Prophet prompted the attack on the magazine.

“I am Charlie” emerged as a message of support for the magazine following the attack on January 7, which left 8 journalists, including its editor, dead in addition to four others.

In a separate attack in Paris two days later, four Jewish men died after an Islamist gunmen took hostages at a kosher shop in the French capital.

A police woman was shot dead in a third shooting believed to have been carried out by the same attacker. 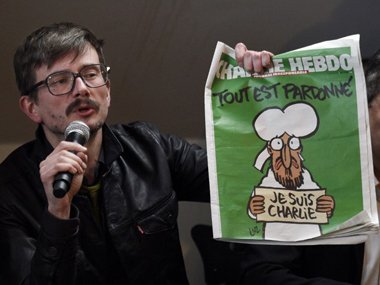 Three million copies of the latest edition of Charlie Hebdo were originally printed for distribution.

Copies in France quickly sold out on Wednesday morning. Editors then decided to increase the print run to five million. Normally, only 60,000 are printed each week.

Demand for what is being called the “survivors’ issue” of the magazine is high, in part because the proceeds will go to the victims’ families, correspondents say.

Kiosk owners told French media they had received large numbers of reservation requests, while at one shop in Paris all copies were reportedly sold out within five minutes.

The self-styled Islamic State (ISIS) militant group said on its radio station that the publication of the cartoon was “an extremely stupid act”.

Meanwhile, a new video said to be from al-Qaeda in Yemen (AQAP) was aired on January 14 saying the group was behind last week’s attack on the magazine.

The group “chose the target, laid the plan and financed the operation”, which was conducted in “vengeance for the prophet”, the video message said.

It added that it was a “success” that the Charlie Hebdo attack “coincided” with the attacks by supermarket gunman Amedy Coulibaly.

Amedy Coulibaly had pledged allegiance to ISIS in a video message, while the Charlie Hebdo attackers, Said and Cherif Kopuachi, had said they were acting on behalf of AQAP.

Amedy Coulibaly had also said they had co-ordinated the attacks, but experts say it is highly unlikely IS and AQAP, rivals in the Middle East, would plan an attack together.