Egypt’s Court of Cassation has overturned the convictions for embezzlement of former President Hosni Mubarak and his two sons and ordered a retrial.

Hosni Mubarak, now 86, was jailed for three years in May after being found guilty of fraudulently billing the government for $14 million of personal expenses.

However, the Court of Cassation found legal procedures were not followed properly.

Hosni Mubarak’s lawyer says the former president would soon be released from detention at a Cairo military hospital.

It was the last remaining case keeping Hosni Mubarak behind bars.

Charges of conspiring in the killing of hundreds of protesters during the uprising that ended Hosni Mubarak’s rule in 2011 were dropped in November.

The former president and his sons – Alaa, 53, and Gamal, 51 – were also cleared of two separate corruption charges. 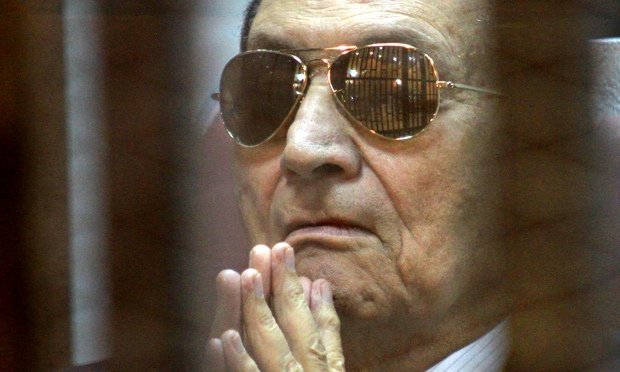 The Court of Cassation, Egypt’s top appeals court, announced that it had overturned the three men’s convictions for embezzlement and ordered a retrial at a brief session on January 13.

At the original trial, prosecutors alleged that Hosni Mubarak and his sons had billed the government for more than 100,000 Egyptian pounds of personal expenses – including utility bills, interior design, landscaping, furniture and appliances – for several private homes and a public palace that was fraudulently transferred to their ownership.

Other expenses included renovating a villa, and building a new palace wing to accommodate one of Hosni Mubarak’s granddaughters and a mausoleum for a grandson who died, they said.

Evidence submitted by the prosecutors included more than a thousand original and forged receipts.

When a new court is assigned for the retrial, the judges could order Hosni Mubarak to be freed because no convictions against him remain.

Egyptian media report that Hosni Mubarak had been expected to be released from the military hospital at Maadi on January 17 even if the embezzlement conviction was upheld because he has been in custody since April 2011.