Last Sunday’s historic mass rally in Paris saw more than 1.5 million people and a long list of world leaders in tribute to 17 people killed in three days of Islamist attacks.

Full list of world leaders who attended the rally: 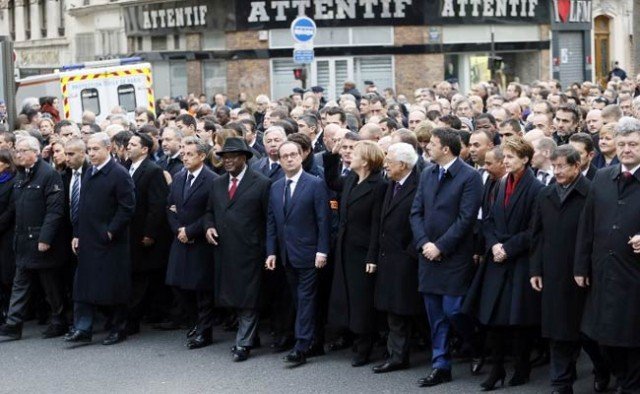