Sri Lanka’s ex-President Mahinda Rajapaksa tried to deploy the army when he realized that he had lost elections, a spokesman for new President Maithripala Sirisena has alleged.

The spokesman said that the head of the armed forces came under pressure to intervene shortly before Mahinda Rajapaksa conceded defeat on 47.6% of the vote.

There has been no comment from the military about the allegations.

The deposed president’s spokesman denied the claims as baseless.

“There was no such attempt at all,” said Mohan Samaranayake.

“In fact, at 3:30 am on January 9 when the counting was still under way, the president made an assessment and decided what the results would be,” he added.

“Then he gave instructions to all secretaries about a smooth transfer of power… The politician who has made these remarks is in the habit of making baseless allegations.”

Sri Lanka has largely been free of military interference in politics except for a coup in 1962 that failed to oust the government. Since then, there has been no direct military role in the government. 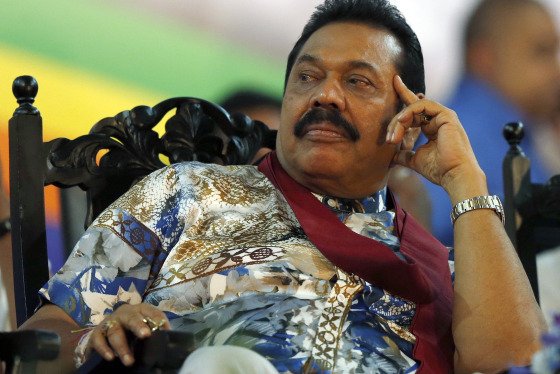 President Maithripala Sirisena’s top aide said on January 10 that pressure had been applied by the outgoing leadership onto armed forces head Gen. Daya Ratnayake to intervene in the result in the hours before Mahinda Rajapaksa accepted defeat.

“The army chief was under pressure to deploy but he did not. He declined to do anything illegal,” Rajitha Senaratne, the chief spokesman for the new president, told reporters in Colombo.

“Even in the last hour, he [Mahinda Rajapaksa] tried to remain in office. Only when he realized that he had no other option, he decided to go.”

Rajitha Senaratne did not detail whether the outgoing president himself tried to contact the military chief or whether the approach was made by his younger brother, Defense Secretary Gotabhaya Rajapaksa.

He also said that the new president has ordered an end to the censorship of dissident websites, the abolition of phone tapping and a stop to the surveillance of journalists and politicians.

The outgoing president was praised by Secretary of State John Kerry for his early concession.

Mahinda Rajapaksa – seeking a third term in office after he changed the constitution to scrap the two-term limit – said on Twitter soon after the vote that he was working to a peaceful transition of power.

His supporters credit him with ending the civil war and boosting the economy, but critics say he had become increasingly authoritarian and corrupt.

Maithripala Sirisena is expected to make an address to the nation from the historic hill resort of Kandy on January 11.