A Pakistani bus has collided with an oil tanker near Karachi leaving more than 50 people dead and injuring score of others, doctors say.

The tanker was reportedly speeding and travelling on the wrong side of the road when it hit the bus head-on. Both vehicles burst into flames.

Some passengers travelling on the roof of the bus were able to jump to safety but many of those inside were trapped.

The driver of the tanker is said to have fled the scene after the incident. 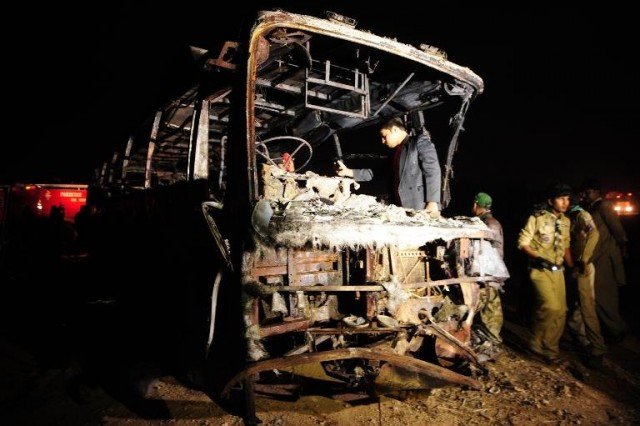 The bus, which was carrying more than 60 passengers, was travelling to the town of Shikarpur when the incident happened about 31 miles outside of Karachi.

Dr. Seemi Jamali, who heads the emergency department at Jinnah Hospital in Karachi, said they had received 57 bodies.

He said some of the victims were charred beyond recognition and warned that the death toll could rise.

Pakistan has a high number of fatal traffic accidents, with nearly 9,000 crashes and an average of 4,500 deaths on the road each year.