French hashtag Je suis Charlie, meaning “I am Charlie”, has trended after the attack on Charlie Hebdo magazine’s offices in Paris on January 7.

Je suis Charlie is a message of solidarity with the victims of Charlie Hebdo attack, and is also being used as a hashtag on Twitter (#JeSuisCharlie).

Following the massacre of 12 people at the Charlie Hebdo headquarter, the hashtag #JeSuisCharlie has trended in France and further afield. 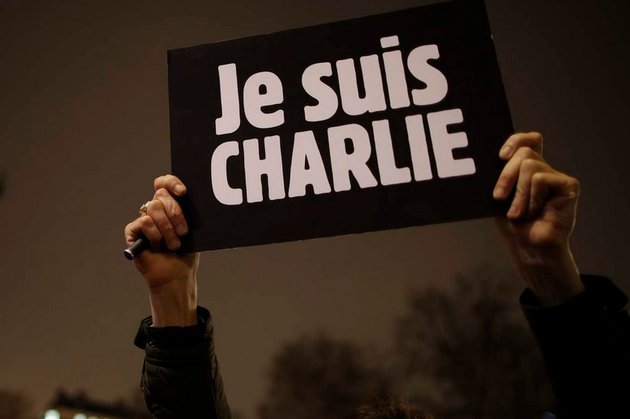 Je suis Charlie is being used by tweeters who wish to show refusal to be silenced by the massacre.

French tweeters started the hashtag by posting a simple image with the text “Je Suis Charlie” on a black background, claiming that the attackers would not take their freedom.

Tweeters from other countries also showed solidarity with France and those who lost their lives in the shooting.