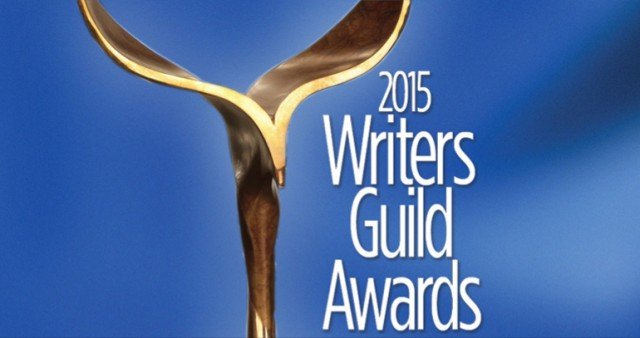 American Sniper
Written by Jason Hall; Based on the book by Chris Kyle with Scott McEwen and Jim DeFelice; Warner Bros.

Gone Girl
Screenplay by Gillian Flynn; Based on her novel; 20th Century Fox

Guardians of the Galaxy
Written by James Gunn and Nicole Perlman; Based on the Marvel comic by Dan Abnett and Andy Lanning; Walt Disney Studios Motion Pictures

The Imitation Game
Written by Graham Moore; Based on the book Alan Turing: The Enigma by Andrew Hodges; The Weinstein Company

Wild
Screenplay by Nick Hornby; Based on the book by Cheryl Strayed; Fox Searchlight

The Internet’s Own Boy: The Story of Aaron Swartz
Written by Brian Knappenberger; FilmBuff