Three attackers are being hunted in France after the terror attack on the satirical magazine Charlie Hebdo’s headquarter, the French interior minister says.

Twelve people have been killed, four are seriously injured. Four cartoonists, including the magazine’s editor-in-chief, are reportedly among those killed.

Paris has been placed on the highest level of alert following the attack.

In 2011, Charlie Hebdo came under attack after naming the Prophet Muhammad as its “editor-in-chief”.

Anne Hidalgo, the mayor of Paris, has released a statement on Facebook condemning the attack and calling for a march on January 8 through Paris’s Republic Square at 6PM local time. 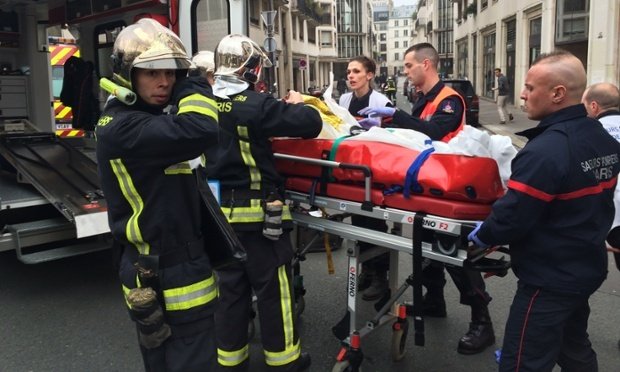 She says: “I feel a sense of absolute horror at the attack… We must respond to this act through the sacred union around the principles of the Republic.”

Meanwhile, Jyllands-Posten, the Danish newspaper that triggered protests in some Muslim countries after publishing cartoons of the Prophet Muhammad, has increased its security following today’s attack, Reuters reported.

President Barack Obama has condemned the Paris attack and what he calls “the hateful vision of these killers”.

Russian President Vladimir Putin has condemned “this cynical crime” and offered his condolences to the victims and their families.