Witnesses spoke of sustained gunfire at the office as the attackers opened fire with Kalashnikov assault rifles. 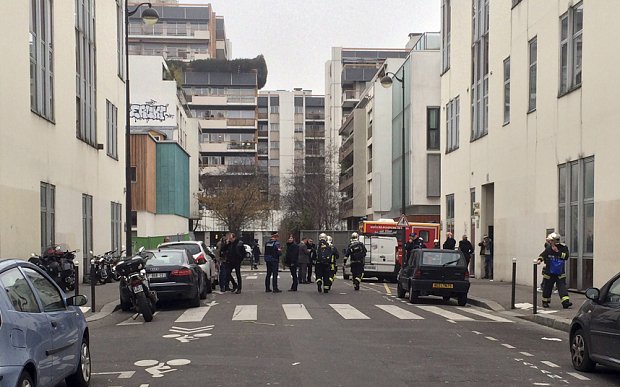 According to some reports, two of the victims were police officers.

Charlie Hebdo, a satirical weekly, has courted controversy in the past with its depiction of news and current affairs.

Charlie Hebdo was fire-bombed in November 2011 a day after it carried a caricature of the Prophet Muhammad.