Imran Khan, 62, reportedly confirmed on January 5 that he was a married man. He was speaking to reporters at Heathrow Airport before flying home to Pakistan to “share the good news” with the nation.

Reham Khan, 41, is a divorced mother-of-three 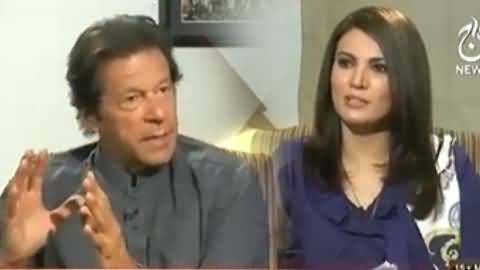 He did not deny it but said reports of his marriage were “greatly exaggerated”.

Imran Khan’s sister Aleena reacted with anger at the news, saying she doesn’t want to meet the new Mrs. Khan.

He pointed to the fact that he had in no way deceived his wife and insisted that he put his two teenage children first when coming to a decision.

Imran Khan, who divorced heiress Jemima Goldsmith in 2004, said: “I didn’t think of my marriage for 10 years after my divorce because my children were small.

“I do not ever think of hurting my children’s feelings.”

Reham Khan is understood to have moved into the house with her youngest daughter.