In his speech at this year’s Consumer Electronics Show (CES) in Las Vegas, Sony CEO Kazuo Hirai has condemned the “vicious” cyber attack that led to it suspending the release of its film The Interview.

The Guardians of Peace hacker group attacked Sony in a bid to stop the release of the movie.

Kazuo Hirai said he was proud of those who stood up against the “extortionist” tactics of the hackers.

“Both Sony, former employees and current employees were the victim of one of the most vicious and malicious cyber attacks in recent history,” said Kazuo Hirai in off-the-cuff remarks made just before Sony’s press conference at CES began.

Speaking to the press, Kazuo Hirai said it would be “remiss” of him if he did not talk about the events of the last few weeks.

Sony has suffered a series of revelations orchestrated by the Guardians of Peace which gained access to the company’s network and stole huge amounts of internal information. 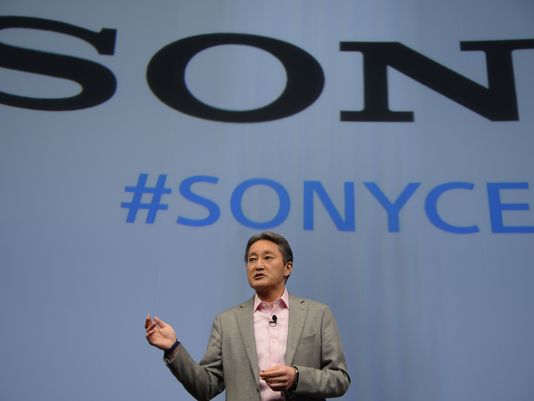 This led to movies being pirated, personal information being shared and millions of private emails published.

The attacks were carried out to convince Sony to halt the release of The Interview – a comedy about journalists recruited to assassinate North Korean leader Kim Jong-un.

The movie’s subject matter led US authorities to blame North Korea for the cyber assault, but many security experts have expressed doubt about this theory.

Sony did withdraw The Interview before its planned release, but it is now available to view online and is on show at some cinemas. It made about $15 million through downloads alone over its first three days of distribution.

“I have to say that I’m very proud of all the employees, and certainly the partners who stood up against the extortionist efforts of criminals, and worked tirelessly, sometimes for days on end to bring you The Interview,” said Kazuo Hirai.