The Hobbit: The Battle of the Five Armies has topped the North American box office for a third week in a row.

Disney’s new release, the musical Into the Woods, was at number two with $19.1 million in its second week of release. 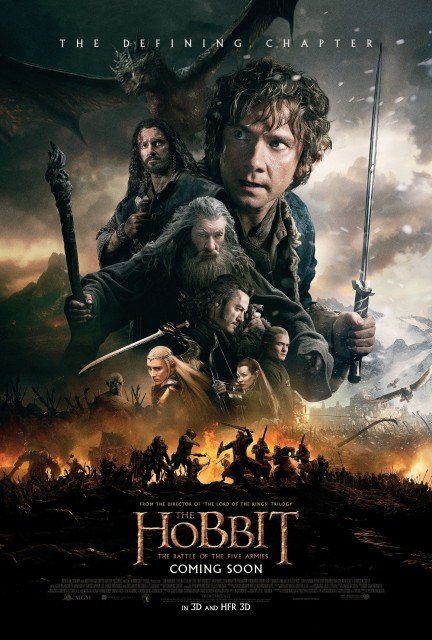 The weekend’s only major new release, horror sequel The Woman in Black 2: Angel of Death, landed in fourth place with $15.1 million.

Sony’s controversial film The Interview, about a plot to assassinate North Korean leader Kim Jong-un, took an estimated $1.1 million in its second week of limited release.

Night at the Museum: Secret of the Tomb rounded out the top five with takings of $14.5 million.