For the second year in a row, domestic productions beat Hollywood offerings, taking a 55% share of the market.

That was despite the fact import quotas were expanded in 2012 to allow more Hollywood imports, Variety reported.

China is the world’s second largest box office territory after the US, with just under 50% of North America’s take, which slipped 5% to $10.3 billion.

Transformers: Age of Extinction was the 2014’s top film in China. 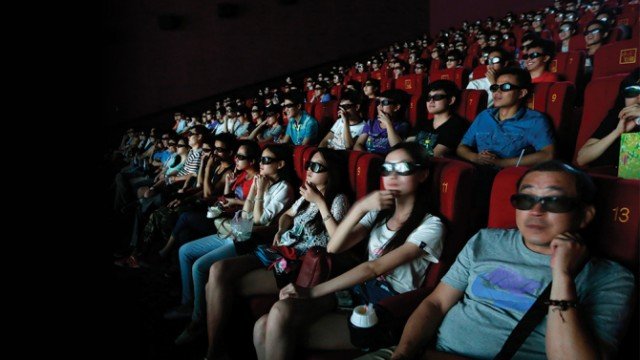 Hollywood has woken up to the Chinese market in recent years, with some movies catering specifically to the Chinese audience. Iron Man 3 included a special scene with Chinese A-list actors that was only seen in China.

Universal Studios is building a theme park in Beijing and a Disneyland – four times larger than the one in Hong Kong – is planned for Shanghai.

The biggest Chinese hits of 2014 were Breakup Buddies, The Breakup Guru, The Continent, Dad, Where Are We Going? and The Monkey King.

Other big hitters included The Taking of Tiger Mountain, a 3D war adventure film, which opened in late December.

The total number of cinema screens in China now stands at 23,600.