Home Breaking News The Interview: US imposes new sanctions on North Korea in response to...

On January 2, 2015, the White House has announced new sanctions on North Korea in response to a cyber-attack against Sony Pictures Entertainment.

The White House said the move was a response to North Korea’s “provocative, destabilizing, and repressive actions”.

US sanctions are already in place over North Korea’s nuclear program.

However, today’s actions are believed to be the first time the US has moved to punish any country for cyber-attacks on an American company.

Among those named in the sanctions were: 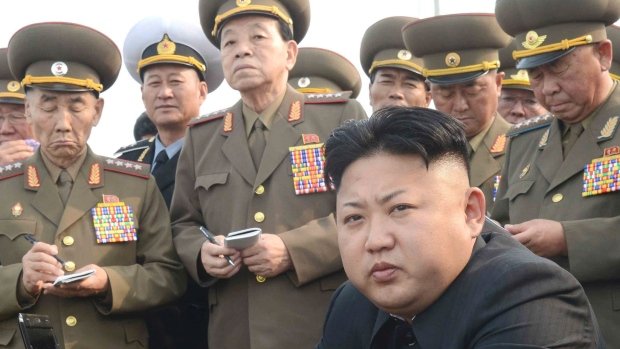 White House officials told reporters the move was in response to the Sony hack, but the targets of the sanctions were not directly involved.

Instead, the sanctions are designed to further isolate North Korea’s defense industry as deterrent for future cyber-attacks.

The FBI and President Barack Obama have previously said they believe North Korea was behind the cyber-attack.

North Korea denies involvement in the hack, and some cyber-security experts have also cast doubt on its guilt.

However, a senior White House official said it was extremely rare for the US to attribute cyber-attacks, and it was only done so because of the destructive nature of the attack, and because the White House saw it as “crossing a threshold”.

Sony was embarrassed after a group calling itself Guardians of Peace leaked data from its computers, exposing emails and personal details.

References to the 9/11 terror attacks prompted the cancellation of The Interview‘s nationwide release. A small number of independent cinemas did screen the film, and it was released online.

Announcing the new sanctions, the US said the apparent effort to stifle The Interview release was part of the justification for the new restrictions.

“We take seriously North Korea’s attack that aimed to create destructive financial effects on a US company and to threaten artists and other individuals with the goal of restricting their right to free expression,” the White House said in a statement.

“Today’s actions are the first aspect of our response.”

North Korea has blamed the US for lengthy internet outages in the country last week.