Thirty six people have been killed and others 47 injured in a stampede at New Year’s Eve celebrations in Shanghai, Chinese officials say.

Thousands of people had gathered to see in 2015.

Social media reports suggest the stampede was triggered by people stopping to pick up fake money thrown from the balcony of a nightclub.

The Shanghai City government said the situation began to deteriorate at 23:35 local time and that a “working group” had been set up to handle the incident. 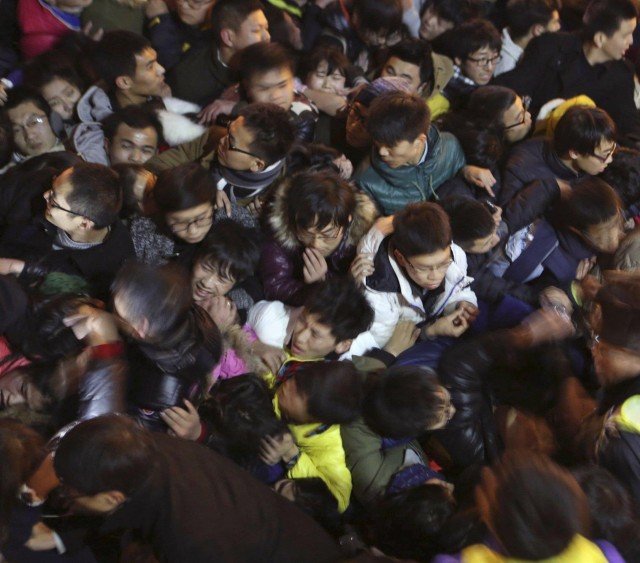 Many of the dead are believed to be students, with 25 of them women, state media report.

President Xi Jinping has told the Shanghai government to find the causes of the crush as soon as possible, according to state TV.

A traditional new year fireworks display on the Bund had already been cancelled due to official fears of overcrowding, the Shanghai Daily reports.

In a statement, the Shanghai City government said that those hurt had been transferred to hospitals across the city, and that the Shanghai party secretary had visited some of the injured.

Earlier, Shanghai’s police department wrote on its verified social media account that some “tourists” had “fallen over” at the Bund, and urged people to leave the area in an orderly fashion.

According to the Shanghai Daily, close to 300,000 people turned up for New Year’s Eve celebrations last year, leading to traffic problems.