In his New Year address, Kim Jong-un has offered to hold talks at the highest level with South Korea.

Kim Jong-un said if Pyongyang’s conditions were met, he would even be prepared to hold a summit meeting with South Korean President Park Geun-hye.

South Korea said the move was “meaningful”, and talks should include “practical and frank discussions on all issues of mutual concern”.

“Our government hopes for dialogue between the South and North Korean authorities in the near future without limits on format,” said Unification Minister Ryoo Kihl-jae, quoted by the South’s Yonhap news agency.

On December 29, Ryoo Kihl-jae had called for dialogue to resume on issues including reunions for families separated by the Korean War, adding that he hoped North Korea would respond positively. 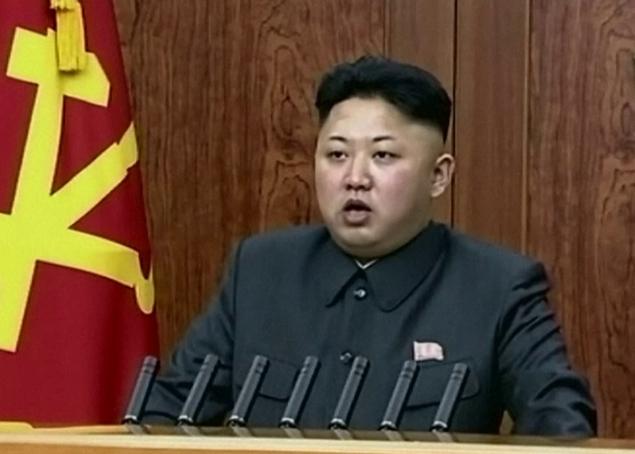 Ryoo Kihl-jae offered to meet in Seoul, Pyongyang or any other South or North Korean city agreed with North Korean officials.

In his address, Kim Jong-un said the “tragic” division of Korea could no longer be tolerable and acceptable.

“Depending on the mood and circumstances, there is no reason not to hold a high-level summit,” he said.

“In a tense mood of such war-preparatory exercises, trust-based dialogue can’t be possible, and North-South relations can’t move forward,” he said.

The last formal high-level talks were in February 2014, leading to rare reunions for Korean families separated for over 60 years since the end of 1950-1953 Korean War.