Mudslides and flooding killed at least one person and forced the evacuation of hundreds of homes as heavy rains hit southern California.

The body was found in a drainage canal in a southern suburb of Los Angeles.

Another hard-hit area was the town of Camarillo Springs, 50 miles north-west of Los Angeles, where a mudslide left 18 homes uninhabitable.

More than 200,000 people were still without power on December 12 further north in Oregon and Washington state. 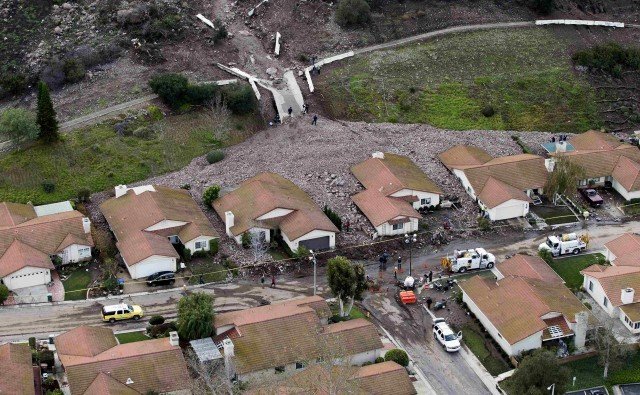 National Weather Service meteorologist Mark Jackson that rain had been falling at a rate of nearly 2 inches an hour near Camarillo Springs, before a river of mud and rocks hit the community.

Officials ordered the evacuation of more than 100 homes in the town. Further east in Glendora, another 1,000 people were told to leave following mudslides.

Three deaths have already been blamed on the harsh weather, including homeless man and son killed in Oregon on December 11 when a tree toppled onto their tent.