Director John Brennan has defended the CIA’s post-9/11 interrogation techniques but admitted some methods were “harsh” and “abhorrent”.

Speaking at CIA headquarters, John Brennan said some officers acted beyond their authority but most did their duty.

According to the Senate report, “brutal” methods like waterboarding were ineffective.

However, John Brennan asserted the CIA “did a lot of things right” at a time when there were “no easy answers”.

“But we have not concluded that it was the use of <<enhanced interrogation techniques>> (EITs) within that program that allowed us to obtain useful information from detainees who were subjected to them,” he added.

“The cause-and-effect relationship between the use of EITs and useful information subsequently provided by the detainee is, in my view, unknowable.” 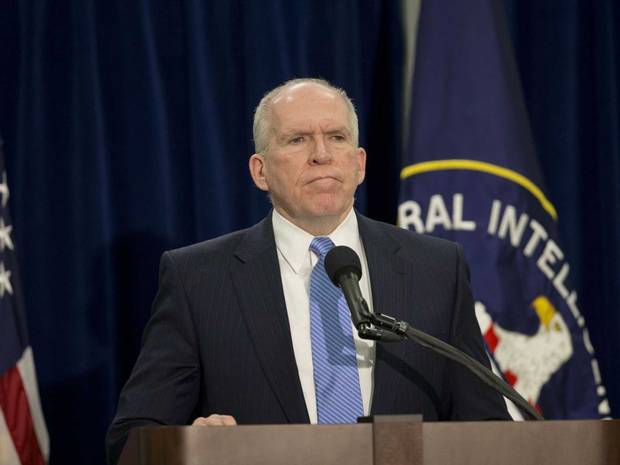 While he was speaking, Senator Dianne Feinstein, who heads the committee that produced the report, was rejecting his arguments on Twitter.

One tweet said: “Brennan: <<unknowable>> if we could have gotten the intel other ways. Study shows it IS knowable: CIA had info before torture. #ReadTheReport.”

John Brennan was a senior CIA official in 2002 when the detention and interrogation program was put in place.

An outgoing Democratic Senator, Mark Udall, has called on John Brennan to quit, citing interference from the CIA in preparing the report.

John Brennan described the actions of some CIA agents as “harsh” and “abhorrent” but would not say if it constituted torture.

He added an overwhelming number of CIA agents followed legal advice from the justice department that authorized some of the brutal methods.

“They did what they were asked to do in the service of their nation.”

However, the chances of prosecuting members of the Bush administration are unlikely – the US justice department has pursued two investigations into mistreatment of detainees and found insufficient evidence.

On December 10, an unnamed justice department official told the Los Angeles Times prosecutors had read the report and “did not find any new information” to reopen the investigation.